Koi people tend to fall into two categories – those that love keeping them as pets in their pond, and those that collect them like a prized car that’s only driven on Sundays. When you stop and think about it, there are quite a few analogies that can be made between koi and cars. The minivan represents the attractive, domestic koi of good quality. It’s a healthy fish that has been spared a long trip from overseas. The bloodlines of most domestic fish are short, and the classic ancestral stock is not long ago. So the fish are tough. But with a lack of refinement comes a less refined look. Domestic, durable koi of average to good quality make wonderful, sturdy pets and are an enjoyable addition for your pond.

If you’re looking for something fancier, you’ll generally pay more to own it. Typically imported from Asia, these koi are more expensive than their domestic counterparts, but in general, they’re prettier. Their good looks plus the cost of shipping is why they’re more expensive.

There is a breed of koi owner who doesn’t care about price, they simply need to have the best. There are handcrafted fish available in Japan that are finer than any other koi you can buy anywhere else in the world. These fish are usually large and have already won a koi show in Japan.

What’s interesting is that when the driver of the handmade Italian sports car drives down the road, people only marvel at the value of the car – not the skills of the driver.

The grand champion koi is no different. It’s a profoundly expensive fish that is bred, raised, and shown by a Japanese craftsman, then sold to a trophy hunter in America. No skills are called upon to buy a fish that already comes with a trophy. Only a fat wallet. These performance vehicles are lovingly handcrafted in America. They’re fast and beautiful. The comparison in koi is the hand-selected small import or domestic koi that goes on to take a trophy in a local show. In this case, the owner of the fish chose it based on its assessed future quality and they raised it to sub-adult or adult status and put it in a koi show. Victory in a koi show with a fish you chose and raised by hand is a testament to your ability to judge fish, to identify quality, and to provide the kind of husbandry needed to produce a champion from a small fish you hoped was a diamond.

Koi breeders have been known to sell the poorest of their culled baby koi into the fish bait market, and as feeder fish for consumption by larger fish in pet shops. The common alternative is to either bury the fish, or sell them as pond grade koi.

Beginner koi collectors sometimes think simply being orange is enough to be a decent koi. The all-yellow koi, called the lemon ogon, is wildly popular and easy to produce. It could be considered one of the finest of the economy cars because it is abundant and not unpleasant to own.

There’s nothing wrong with economy cars, or economy koi, but exceptional colors or pattern don’t generally occur in this group. These fish are certainly pleasant to own – they just won’t win a show.

What Does It All Mean?

While the owners of economy koi are unlikely to expect all koi to be low cost and lower quality – the converse is not true of some of the folks who keep and show the finest koi. There’s a big difference in the way koi need to be kept, and the way they are kept by the koi aficionados.

Pin it for later: 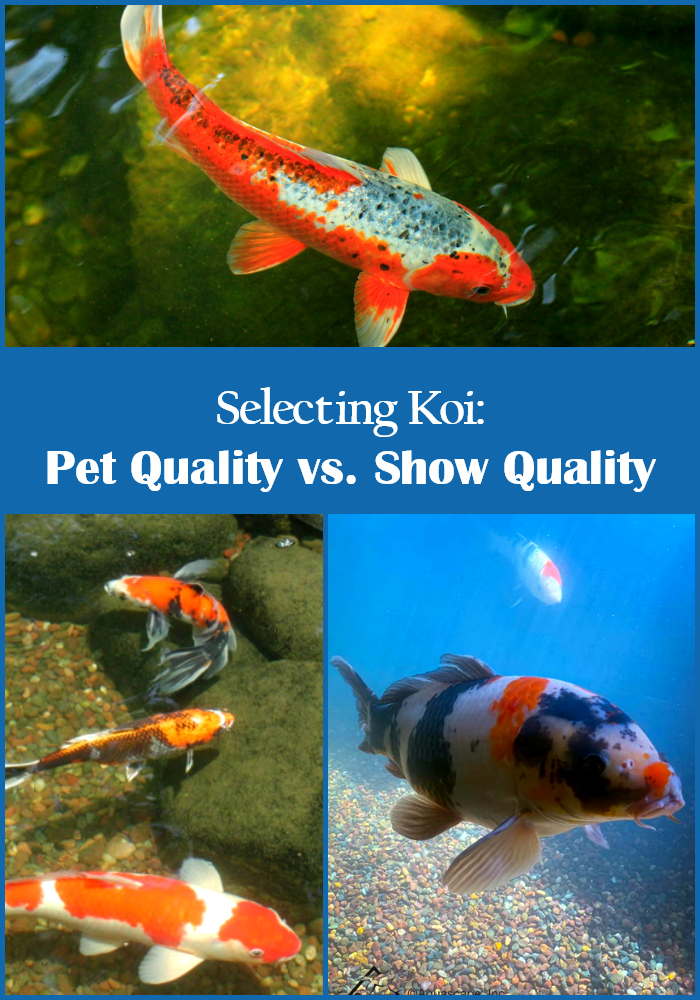 Click Here to sign up and receive your own copy of Aquascape Lifestyles magazine, delivered bi-annually to your inbox!