What do Gem Ponds, New England Aquatic Landscape, and Texas Ponds and Water Features all have in common besides being water feature companies? They are all Certified Aquascape Contractors and they know their stuff! Here’s what’s important to you in knowing that and I will use us as an example to illustrate it. A few weeks back I wrote a blog Aquascape Does Not Negotiate with Terrorists! In that blog, I chronicled the untimely defection of the majority of our crew. Shit happens. Life is 10% what happens to you and 90% what you do about it! Faced with the prospect of not hitting our budget, and not to mention fulfilling our promise to install people’s dreams, we had to improvise (in other words, run an entrepreneurial business). We already had Shawn Cutroni, from New England Aquatic Landscape, in town helping us finish out the season. When Matt Boring, of Texas Ponds and Water Features, read about our predicament in my blog he volunteered to help out and jumped in his truck the next day for the long drive from Texas to Illinois. The next week those two companies led our two remaining laborers (combined work experience of three years) into the field and knocked out two ponds and a pondless. We couldn’t help them, we couldn’t even meet them at the jobs we designed and sold, we were fully engaged filming our reality TV show. THIS IS THE STUFF REALITY TV IS MADE OF! And it’s also the basic tenant of the CAC program in action. 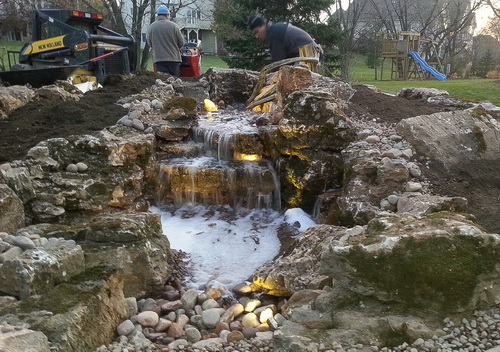 These companies were trained in the Aquascape methodology of water feature construction. Because of that, and only because of that, when a major problem arose for our signature R&D department, Chicagoland construction, we were able to seamlessly plug in guys we had trained in our system. Do you know how frickin’ cool that is?! It’s also unheard of in the landscape trades, let alone the highly creative and artistic decorative water feature genre. And that folks is the proof positive end all, be all, evidence of why the Aquascape system works; shut the door and turn out the lights! 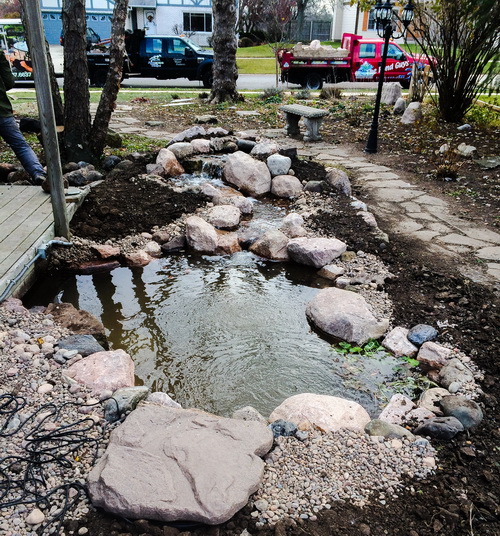 Now, you may not have almost your entire crew walk out on you where you need to bring in pinch hitters, but then again you might. If so, wouldn’t you want to be part of a team, a brotherhood, where you not only have people willing to jump up to the plate to help, but also competent enough to do so too?! If you’re like every other contracting company out there you will lose laborers year-to-year, and foremen every few years. But when you’re a Certified Aquascape Contractor, you are most certainly not every other contractor out there. You’re the best! You have decided to stand for something by agreeing to build water features one way, the Aquascape way. You install only one manufacturer’s components, and your trailer, garage and local Distributor has everything you need to do the next project. Your guesswork is taken out of the process, and when your new laborer shows up for work the first day you show him exactly what he has to do to succeed in his new job that just might lead to a new career as a foreman with your company. Follow the plan Stan; keep it simple stupid, twenty products, twenty steps. Creating this system created Aquascape, the largest, most successful, water feature design build firm in the world. And from that we shared with the world, at least the few of them who would listen, how they could do what we did too. And when we needed help guess who answered the call? George Janowiak, at GEM Ponds, did. While Shawn and Matt installed the jobs on our books, we called up George to the Majors to work on the builds for our reality TV show. He, his foreman, and a laborer, worked side-by-side with us on camera. George even got a cameo and a speaking part, while working on finishing a wetland filtration system for the Lincoln Park Zoo’s wolf exhibit, alongside his mentor and idol, Ed Beaulieu! How cool is that for George? For us? For the CAC network who provided it’s worth and what we’ve been preaching for years! Damn it, it pisses me off that everyone doesn’t see the value in being a CAC. It’s the best way to succeed in the water feature business period. Maybe the TV show will showcase that to the rest of the world. I sure hope so, because the world needs more Shawns, more Matts, more Georges, and more you’s! 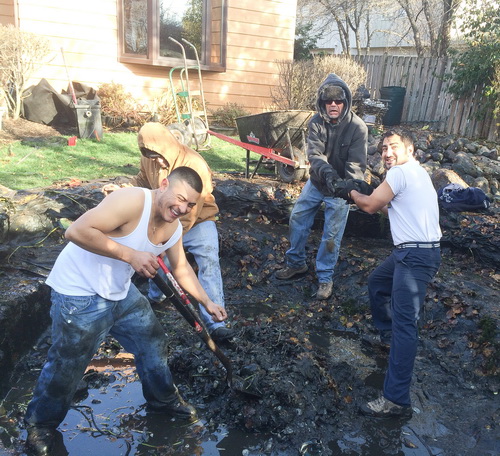 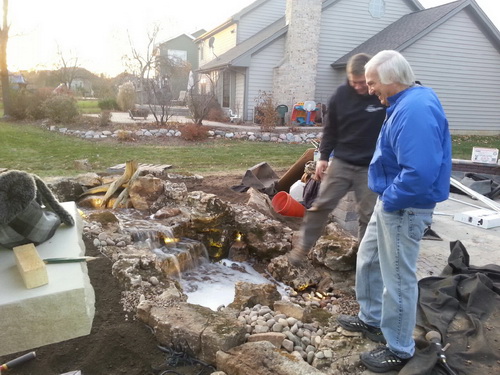