After seven years of schooling he became a Dr in Cuba. He and his wife (also a doctor) were granted a Visa from the Cuban “government” to go work in Venezuela. Last year they miraculously scored a Visa and along with their three year old daughter immigrated legally to America – “The Land of Opportunity!”

Their hard work and smarts won them the lottery!!!

So what did he do once he “made it” and got here…the only thing he knew how to do of course! That is the common denominator of what gets anyone ahead in life…he works his a** off!!! 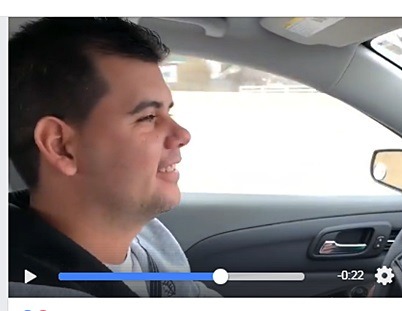 Besides working 50 hrs a week in Construction he drives an Uber after hours. He’s almost saved the 10,000 dollar bogey from his second job that he set as his goal before taking his foot ever so slightly off the gas pedal to enroll in night classes to learn English.

If every immigrant had Carlos’s attitude and work ethic we wouldn’t be debating about building walls. Instead, we’d be scrambling to build bridges!!!