That is the deep thought of the day posed by Christian DelGrosso as it relates to Logan Paul and for that matter all of today’s Social Media Influencers. I’d like to explore Mr DelGrosso’s perspective especially because he’s “so deeply pissed off and sick and tired of all of the fools showing disrespect for society” headlined by Logan Paul but certainly others as well. From what I’ve seen, his opinion, and certainly his method for sharing it, is far from alone.

There’s many people who think I’m a Grade A ass. Some of those who think that have even met me! This post is not a defense of Logan Paul’s behavior that much of the world is eagerly dissecting. Instead, I’d like to ask a question to all of those who question Logan Paul’s sophomoric methods and in particular his character…

Have you met Logan Paul? 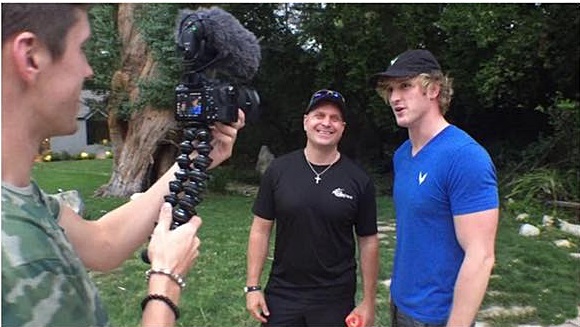 Christian Delgrosso is one of the few people weighing in on social media who has actually met Logan Paul. That’s one of the reasons I was mildly interested in his take on the current debacle surrounding him. Although I cannot comment on the ending of his personal friendship with Logan, I can and will weigh in on his other “opinions” regarding the degradation of society at the hands of social media influencers.

I agree with almost everything Christian has to say! I disagree greatly though with how he went about saying it! Please allow me to express my opinions…

It seems everyone today is “Mad as Hell” about something (Politics and Religion come to mind) With the complete and utter integration of social media into our lives everyone is now able to SHARE their outrage with everyone else in the world just like Christian DelGrosso just did to his 2,000,000 Subscribers.

My question to Christian and everyone out there who’s “Mad as Hell” about something who then chooses to SHARE their frustration with the world do any of you ever feel less mad after you’ve posted your complete and utter ire on whatever it is you’re “sick and tired about?!”

I can’t answer that question for you but I can for myself. I choose to keep my “outrage” about whatever’s happening that’s getting under my skin off social media. I do that as much for my “Friends” sanity as well as my own.

I’m not outraged at Mr DelGrosso’s opinions. As I’ve stated I agree with much of what he said. I am disappointed in his approach though. Since he stated WE NEED MORE LEADERS let me try and be one regarding this particular matter and the broader theme it represents

If you don’t have something nice to SHARE please don’t SHARE it! There’s enough sh*t in this world and adding to it or piling on it isn’t going to help any of us INCLUDING those of us who are SHARING it!

? for the world to see probably isn’t worth the time you spent composing it.

If you disagree with my philosophy regarding keeping posts positive or at least professional and constructive that’s your prerogative. However, If you disagree with my thoughts and continue to post your ire to the world about whatever hot button topic or crisis du jour of the day is occurring (see Logan Paul) may I suggest asking yourself this question after every post…

Did what I share help or hinder others and our world by sharing it?

As for me and my house I’m committing today, tomorrow and everyday for that matter not to SHARE anything that isn’t intended to help, inspire or make others smile after seeing it.

If you agree with what I just shared please SHARE it and try and do the same thing everyday with your posts!